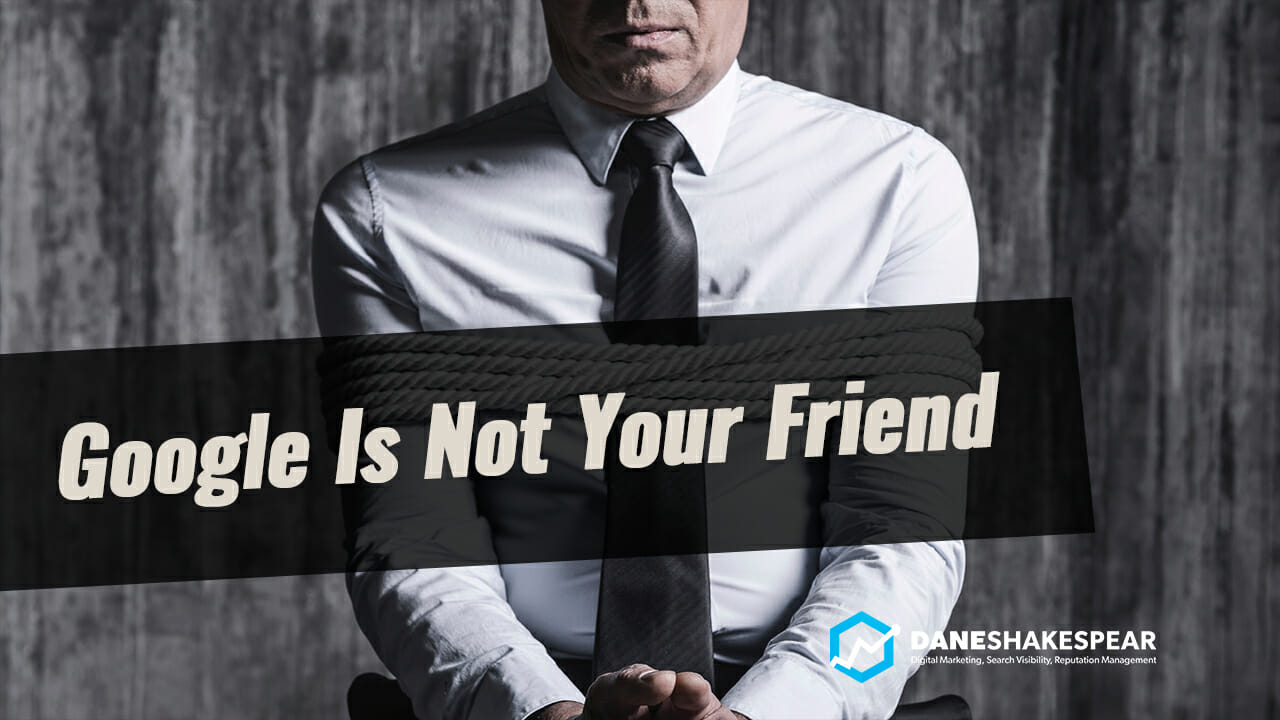 Pay Per Click is probably the most valuable and effective marketing medium in the history of the world.  But it can be extremely costly if you don’t know what you’re doing.

Google has what my friend Perry Marshall calls “a stupidity tax” which means that every way that you misunderstand your customer and their intent costs you money – every way in which you misuse Google’s tools, interface or advertising network costs you money.

Google is not out there to save you money, they’re not your friend, instead, they’re out there to give the searcher the best, most relevant information possible.  That means that if you don’t understand your customer Adwords will cost you more and more money until you just go away.  Yes, go away.  That’s exactly what Google is trying to do.  Google is designed to weed out the junk.  Period.

Google is Not Your Friend

For years it was near impossible to get on the phone with someone at Google about your Adwords account.  Only a few advertisers had access to a Google rep. I had one early on and quickly discovered that they were quick to dispense bad advice – always relying on the system’s default settings to figure things out for you.  Bad idea.

Letting Google take care of the details for you, is like paying for valet parking when there’s a space for 50 cents across the street.

The way to compete in Adwords is to know how to avoid the pitfalls that others don’t.  If it costs you less to obtain a customer, a sale, or a conversion – and it costs your competitors more, you’ll be able to outlast them – doing more for less, while at the same time it costs them increasingly more.

The chart above is an example of a client campaign that had thousands of keywords lumped together in one campaign when I took it over.  After months of sifting, sorting, testing, and optimizing you can see where the cost per conversion drops dramatically while at the same time the conversions jump up at the same rate.

This kind of optimization shift in cost and conversions enabled the client to reach further into the market for the same cost.  The effect on the competitor is the reverse – it costs him more to compete in the same space.

This chart (above) shows two things. First, similar to the first chart the costs and conversion rate invert – then after months of consistent performance there is a huge dip, the conversion rate slowly drops, then suddenly at the end the two invert again.  This is an example of the client relying on Google’s suggested settings.  Starting at the dip.

This chart shows another variation of the same client.  The beginning of the chart you see low conversions and low cost per conversion.  Then after campaign optimization you see the numbers again invert, the cost dropping to almost nothing while the conversions consistently rise (costs staying the same.)  Then at the end, you see the hard inversion – cost per conversion spike astronomically, while the conversions plummet to almost zero as the client adjusted Adwords settings to Google’s suggested values.

It will be either profitable for you and devastating to your competitor, or vice-versa.

The longer you’re in the middle of it all, the sooner you’ll get kind of a pulse on your competitors.  It’s easy to see who’s paying too much because the rank #1 at the first of the month, then disappear until the beginning of the next. The bottom line, if you don’t know what you’re doing, the system is designed to make you learn or go away.

I’ve managed more than $1M per year in pay-per-click advertising over my career.

I’ve seen the Adwords platform start out as simple as a 1970 Chevy truck and grow to the complexity it has now – the complexity of a space shuttle.  It used to be that you could just jump in and “do” AdWords.  Not anymore.  Adwords is so complex, entire businesses are built around the mastery of just parts of what it does.

Why not let just anyone optimize your AdWords campaign?

Because 99% of the time they’ve never learned Google AdWords by having to support a profitable business by spending their own money. And if they haven’t done that, they haven’t learned AdWords.