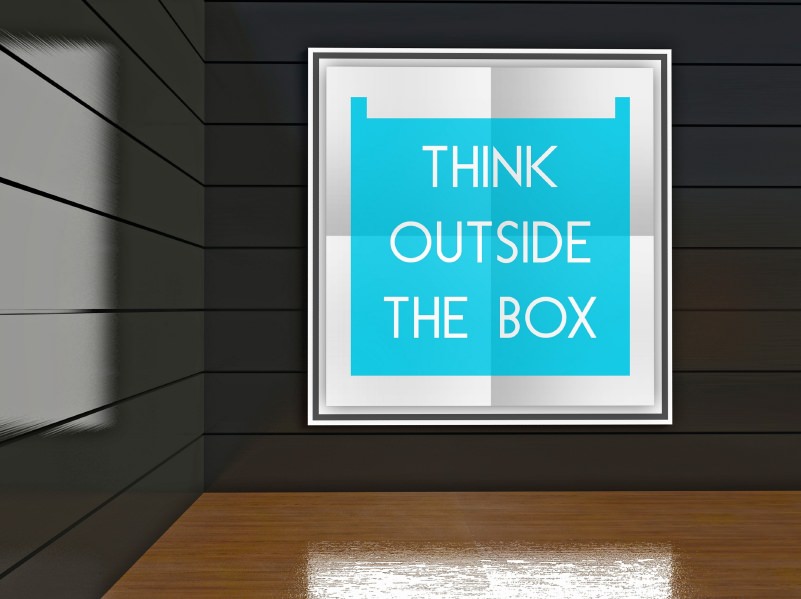 This is something I learned from years of working in other people’s businesses.  It’s so easy to take the default path in your marketing, your websites, your advertising.  That’s why so many industries and markets do everything the same.  They watch each other, they follow each other, they copy each other.

What results is a never ending cycle of sameness and usually a whole bunch of ventures and campaigns that don’t work.

The default path is the lazy path.  It is the quick and easy – the gamble.

I’ve watched many competitors each doing the same thing (that didn’t work) because everyone else is doing it.  And because each sees their competitors doing it, they persist – even if by their own calculations it is a failure and should be abandoned.

What they see is the appearance of success from the outside.   What they didn’t see was the internal meetings after the fact where the boss says “never do that again!”

I was once asked to be on a committee for a non-profit fundraiser.  The group was doing a carnival-like event and needed one last activity that the kids would think was especially fun and exciting.  One committee member brought up the idea of archery using real bows and arrow.

Most of the members excitedly agreed that it would be great, and when one member brought up the fact that it could be dangerous and possibly even not legal in a neighborhood and near a school – the group was intent on simply going on with the plan because they had all seen it done in other carnivals for other events.

They may have actually seen the event take place, but what they didn’t see was what happened afterwards with concerned neighbors, parents, and authorities.

The moral of the story, don’t rush to take the obvious path just because it is the easiest to take.  Take the time to think differently, to look from different angles, and see what everyone else is missing.

Use your own judgement and trust your intuition.  If the majority of competitors are taking the quick and easy path and you take a little more time thinking out of the box, you will be able to do things none of them expect.

And, because it took work and thought to come up with, it’s likely they won’t understand what you’re doing – so if they copy you (which they will at some point) it will be down the road after you’ve had a great head start.